Mountain bike racing is already taking place in Brightwood. Below are images from a Leaderboard website, a place where people can post mountain biking trails and their best time to complete them. Note the top speed is 17 MPH in October.  An average speed of even 10 miles per hour implies a top speed well in excess of that. A crash at these speeds is very likely to cause injury to the rider. A crash into a hiker would be a catastrophe, and either might well lead to a lawsuit against the town for allowing mountain biking to take place.
Note that imposing a speed limit or a separation of trail access is quite different from enforcing them. Even if JORBA were able to enforce the town rules on their members, Green Acres rules don't permit restricting bikers to be JORBA members. The simple fact is that the town or JORBA or hikers cannot enforce speed limits or trail restrictions. The town can exclude mountain biking altogether, just as they currently do for ice skating. This would not be the first choice of many of us who have peacefully coexisted with mostly local mountain bikers in Brightwood. But it may be the only viable approach as Brightwood is already attracting more riders, even without changes to the trail system.
Trail Modifications

Existing trails are already showing the impact of increased use during the COVID-19 epidemic. That's not a bad thing, but mountain bikes have a greater impact as they widen the trails to avoid obstacles that hikers can step over. Deliberate, unauthorized trail modifications are also taking place in Brightwood. You can see examples in the images below.

Crossing streams is in violation of DEP regulations. Although the temporary (and illegal) bridge has been moved to the side, riding through the stream is arguably worse.

Some riders like to take to the air by creating jumps. The small jump is rather elaborate. Often there is just a pile of sticks leading up to a log, with no plank.

The big jump is downright scary, which, I suppose, is the point. It would require considerable speed to clear that jump. The danger of injury is real.

An attempt has been made (perhaps by JORBA?) to discourage use of the highly engineered jump by piling logs at the launch point. It would take a matter of seconds to remove those logs, perhaps for use in constructing another big jump.

JORBA promises to maintain the mountain bike trails that the survey shows nobody much wants. But it takes very little time to create new jumps and JORBA cannot be there all the time. 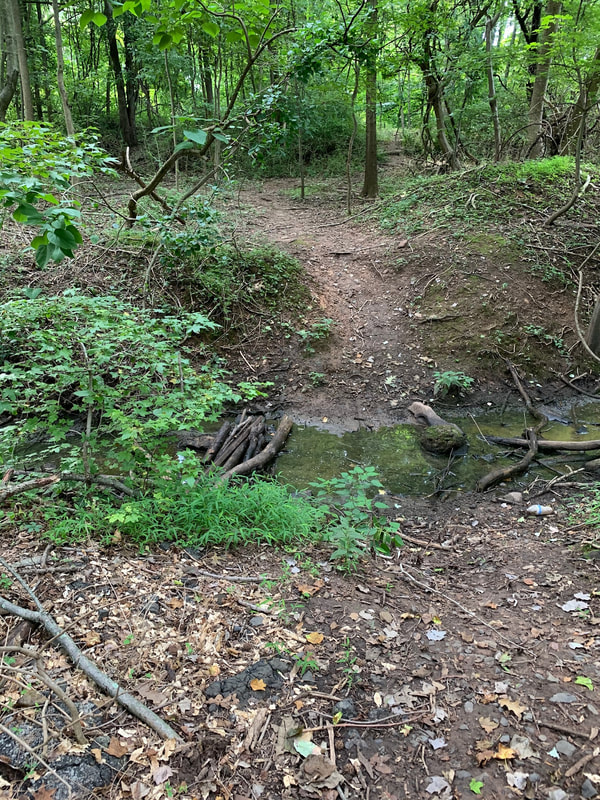 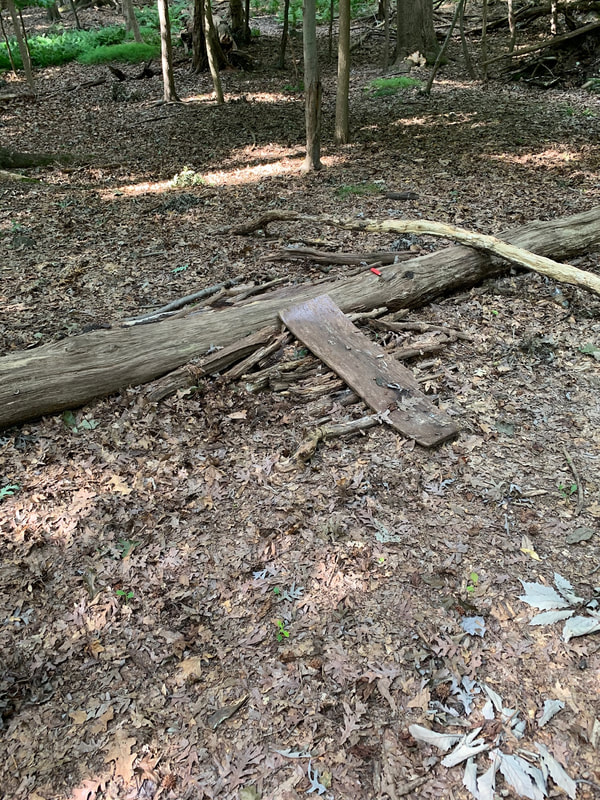 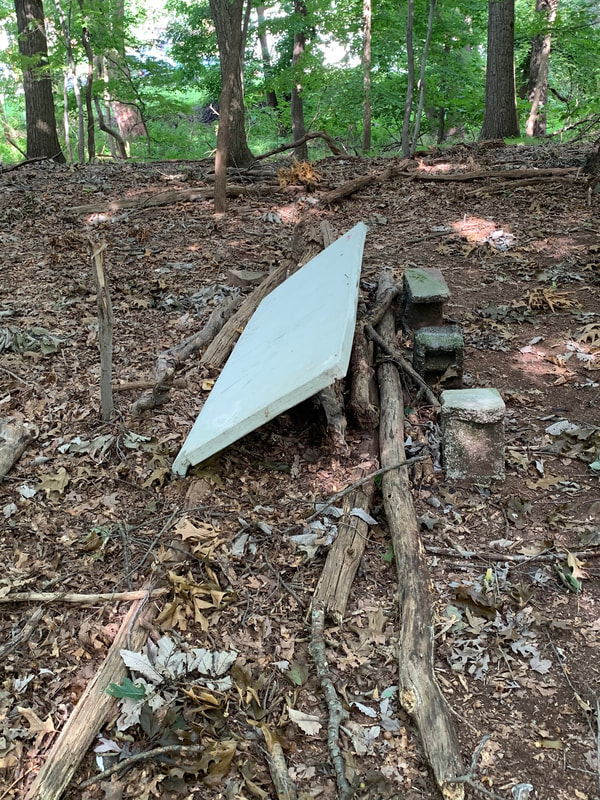 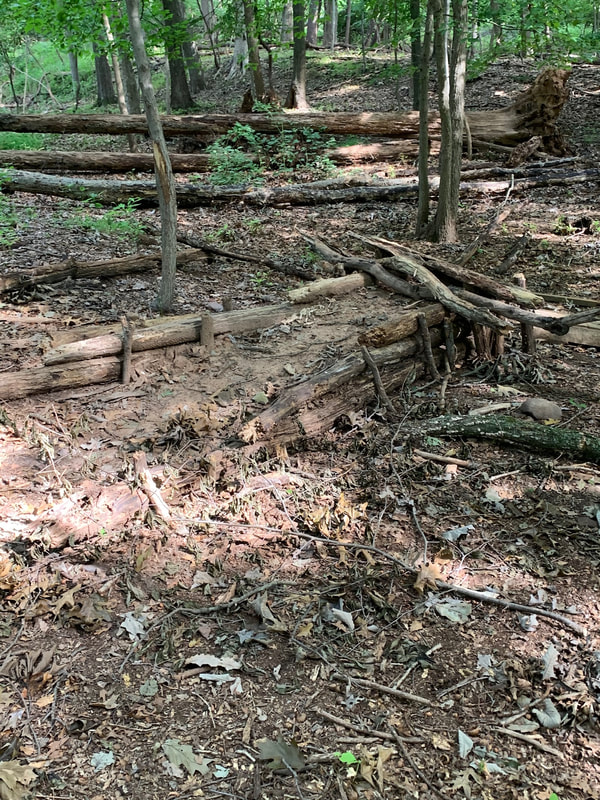 Although we expect that this video represents only a very tiny minority of mountain bike riders, there is no effective barrier to their appearance in Brightwood Park if mountain biking is sanctioned by the town.